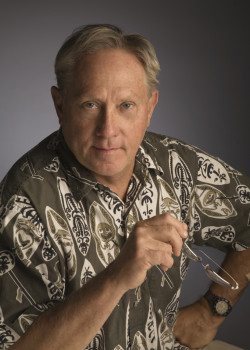 My work has evolved from an early interest in Pop Art and icons of American pop culture expressed through popular imagery and cultural artifacts. I explore visual symbol for what it represents both literally and metaphorically.

I am fascinated with the psychological disavowal that is required to live with and accept the pervasive cultural narratives of childhood, power, and gender. Simultaneous acceptance of contradicting information is rooted in these narratives. Childhood, as a concept, is a place charged with fantasies of freedom and innocents. It is addressed in my work by appropriating familiar imagery and reconstructing it on an image surface in a self-reflexive and highly material approach. Through techniques of layering and erasing of visual element conflicting ideas and develop a trace of my psychological process. In reworking the surface, each layer brings me further into the dialectics of the issues being addressed.

Toys and children’s books become objects of ritual when in a culture like ours they are imbued with conscious and unconscious meaning. The various meanings are based in cultural constructs of gender and power. To illustrate the construction of childhood imagery, larger-than-life ceramic sculptures of iconic toys and books demonstrate a banality that comes from being oversized and heavy while also fragile; mimicking the duality in childhood mythology. I use humor to juxtapose the underlying presence and psychological consequence of the menacing cultural narratives intrinsic in children’s toys and books. Power is trivialized and becomes symbolica accessible in stylized toys such as guns, jet planes, and rocket cars where the violence is hidden under their glazed surfaces.

Fantasies of power are closely linked to gender identities. Gender identities that are formed in childhood depend greatly on visual representation in media images and toys. The toys that seem to reflect the innocence and freedom of childhood are embedded with weighty social contracts dictating gender identities. I incorporate images of toys and children performing gender roles in combination with ghost images into my investigations of American pop culture and its fantasies to show the disparity between our idealized fantasies and our physical based realities.

It helped me do a research project abroad.

As a result of my research, I have been exploring graphic art and silk screen. Exploring similar gender-based cultural conditioning through popular culture, toys, games, literature.

Continue to work at your art & craft and always research current and past art forms for more knowledge and inspiration. Live life to the fullest.