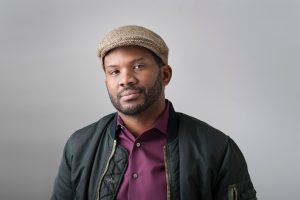 Demone Carter has played many roles within the Silicon Valley arts and education circles for the past 15 years. Performing under the name DEM ONE, he has released several albums and collaborated with notable Hip Hop artists like D-Styles, Motion Man, Chali Tuna and Bambu. In 2014 he was given the Leigh Weimers Emerging Artist award from San Jose Rotary Club.  Demone co-founded Unity Care’s Hip Hop 360 after-school program. From 2004-2010, Hip Hop 360 provided over 1,000 youth the opportunity to express themselves through the four elements of Hip Hop.  Building on his experiences with Hip Hop 360, Demone  started FutureArtsNow! The FutureArtsNow! program seeks to fill the void left by vanishing school arts and programming by giving local youth an outlet for expression. FutureArtsNow! has received recognition from San Jose Job Corps (Service to Youth Award) and the City of San Jose (State of The City Honoree). Demone is also Vice Chair for the community access organization CreaTV San Jose and is a graduate/Program Manager of the Multi Cultural Artists Leadership Institute (MALI). Metro Magazine named Demone ‘Silicon Valley’s Best Mentor’ for 2013.