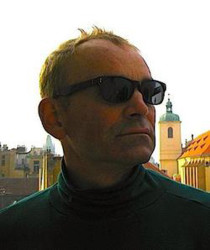 I was born and raised in Honolulu, Hawaii. I am a graduate of Punahou School in Honolulu and the University of California at San Diego. I received my MFA in Creative Writing from San Francisco State University. I have been nominated for five Pushcart Prizes and three Best of the Nets. I am a past recipient of the Honolulu Weekly Nonfiction Prize, the Jodi Stutz Memorial Prize in Poetry, the Ann Fields Poetry Prize, the Academy of American Poets Award, two Browning Society Awards for Dramatic Monologue, and Arts Council Silicon Valley Fellowships in Poetry and The Novel. BEFORE THE CITY, my first book of poetry, took First Place at the 2003 San Diego Book Awards.I am also the author of the companion novels PUNAHOU BLUES and MOLOKA’I NUI AHINA, both set in Hawaii.

I was a Visiting Fellow at the 2009 International Writers Conference in Hong Kong, where I represented the Pacific Rim region of Hawaii and lectured with Pulitzer Prize winner Gary Snyder. I was also a Visiting Writer at the 2010 Martha’s Vineyard Writers Residency in Edgartown, MA, the 2011 Artist in Residence at Milkwood International, Czech Republic, and the 2014 Resident Scholar at the Earthskin Artist Colony in Auckland, New Zealand.

Absolutely everything. It bolstered my confidence that I could really make it as a poet and writer.

I am a writer and overseas lecturer. In 2014 I was a Resident Scholar at Earthskin Muriwai Art Colony in West Auckland, New Zealand. I'm not sure my love of all genres of writing has changed, and my publications in 2013 attest to this. I wrote a book of poetry & prose poems, a futuristic thriller, and a collection of flash fiction. Currently I'm working on a one-man play set in Hawaii. Go here to see some of my books: http://askdavid.com/books/7562

Suffering from lack of grants.