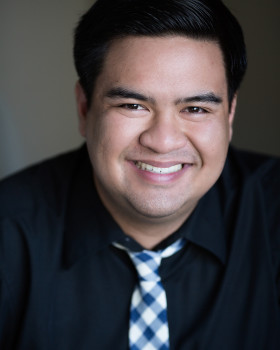 Jeffrey Lo is a Filipino-American playwright and director based in the Bay Area. He is the recipient of the 2014 Leigh Weimers Emerging Arist Award, the 2012 Emerging Artist Laureate by Arts Council Silicon Valley and Theatre Bay Area Director’s TITAN Award. His plays have been produced and workshopped at The BindleStiff Studio, City Lights Theatre Company, Custom Made Theatre Company and the Orange County Playwrights Alliance. Recent directing credits include Eurydice at Palo Alto Players Some Girl(s) at Dragon Productions and The Drunken City at Renegade Theatre Experiment. Jeffrey has also worked with the Oregon Shakespeare Festival, TheatreWorks & San Jose Repertory Theatre. He is the FutureWorks Fellow at TheatreWorks, the founding artistic director of The 06 Ensemble and a proud alumnus of the UC Irvine Drama Department.

The Laureate meant a great deal to me. It was the first major recognition I received as an artist and a nice nod of encouragement that I was going in the right direction as a young artist.

I am on the artistic staff of TheatreWorks Silicon Valley, where I work in casting, new play development and company management. In addition, I've continued my playwriting. Recently, I spent time as a guest artist at West Virginia University where they produced my play "A Kind of Sad Love Story." To see more about the plays I?ve written and/or directed, please go to my website: www.jeffreywritesaplay.com

As an artist it is too difficult to survive solely on standard measurements of success. Make sure that you believe 100% in the work that you do because when times get tough (and they will) your belief in the art is what will keep you going.