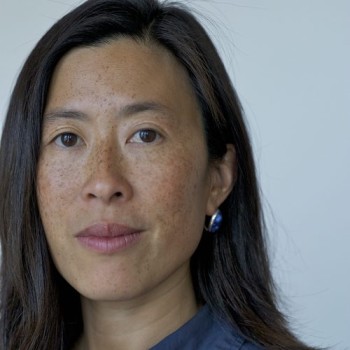 Monica Lam is a documentary film and television producer who has traveled on five continents producing, reporting, and shooting for the NewsHour, Frontline, Frontline/WORLD and other PBS programs as well as Swiss television and MSNBC. She has won an Emmy for her work and was cinematographer of an Oscar-nominated short documentary. Monica has written for the Daily Californian, San Francisco Chronicle, Florida Sun-Sentinel, Hyphen magazine and was the founding editor of Berkeley Patch, a daily hyperlocal news site. She studied urban planning at Stanford University and received her masters in journalism from the UC Berkeley Graduate School of Journalism.

It was an honor and an important validation of my work as an artist and filmmaker.

I currently work as a TV producer at KQED, where I produce the weekly current affairs program "KQED Newsroom." My work has evolved from visual arts to experimental video to documentary film to broadcast journalism. I see all of it as storytelling. The length, the medium, the format changes, but ultimately I am interested in telling stories.