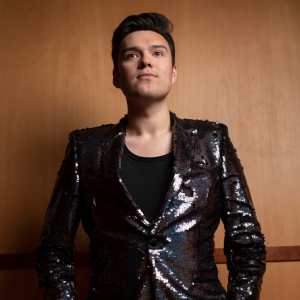 Hailed as “The Rockstar of the Flute” (Informador de Guadalajara) and “The protégé of the great flutist, Carol Wincenc [Professor of Flute at The Juilliard School]” (San Jose Mercury News), Ray Furuta has toured worldwide as a soloist and teacher in countries including Canada, Mexico, Japan, Czech-Republic, Poland, Spain, and throughout the Middle East. He has been a featured performer for Yo-Yo Ma’s Silk Road Ensemble, the Chamber Music Society of Lincoln Center, United Nations, and the Mainly Mozart, Okayama, Yellow Barn, and Banff Music Festivals to name only a few. He is the Artistic Director and founder of Chamber Music Silicon Valley and has professionally collaborated with renowned artists including Jon Nakamatsu and members of the Kronos, Juilliard, Brooklyn Rider, and Emerson String Quartets. He is a Music Professor at Santa Clara University and has also guest taught at Stanford University, New York University, and Lebanese American University of Beirut, among many others. Honored as a distinguished alumnus in 2016, Furuta earned a Doctor of Musical Arts Degree from Stony Brook University.