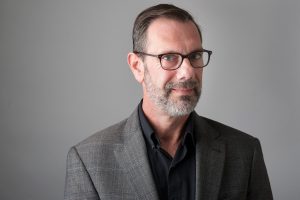 Hailing originally from Newark, New Jersey, Ron Gasparinetti has been a resident of the Bay Area for 19 years.  Ron graduated from Montclair State University in New Jersey with a BFA in scenic design.  Currently, he is the production manager, technical director, and resident scenic designer at City Lights Theater Company in San Jose.  To address the needs of smaller theatre companies in the Bay Area, Ron and business partner Charles McKeithan created THRUST Scenic Design and Construction, providing services to dozens of productions.  He has been nominated for three Theatre Bay Area (TBA) Awards for Outstanding Scenic Design and in 2015 received the TBA Award for his set design of Who’s Afraid of Virginia Woolf produced at Los Altos Stage Company.  Also in 2015, he became involved with the College of Adaptive Arts in San Jose, an organization that affords differently abled people the opportunity to audition and perform theatrical pieces.