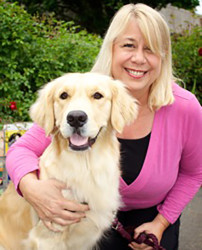 It was recognition of the body of work that I had tried to create in theater, and its importance to the Bay Area community. Basically, it meant everything. It also helped me buy a new computer and take a trip to Italy!

I'm a dog trainer now. I train pet dogs as well as service dogs. I felt frustrated in my efforts to bring something less commercial to the community.

Gain as many skills and collect as much knowledge from others as you can. Make connections.

Your email address will not be published. Required fields are marked *

MADE POSSIBLE WITH SUPPORT FROM